Researchers and doctors get interested in ME/CFS in different ways. Many have a personal connection, but for David Systrom,  a pulmonologist, it was all about demand.

He didn’t seek chronic fatigue syndrome patients out – quite the contrary.  When Systrom was given control of a clinical cardiopulmonary lab, he started doing invasive cardiopulmonary exercise tests (iCPET’s) on people with exercise intolerance.

Non-invasive cardiopulmonary exercise (CPET) testing can do a lot of things.

It can demonstrate that exercise intolerance is present, define the aerobic and anaerobic contributions to exercise, determine if lung problems are present and others, but with an iCPET researchers can dig much deeper.

Invasive CPET’s involve the insertion of catheters into the pulmonary artery and radial arteries that monitor blood flow, oxygen content and other factors.

These catheters allow researchers to determine if the problems with oxygen are occurring in the lungs or in the muscles, where oxygen uptake is occurring and so on.

Because iCPET can determine changes in venous blood O2 occurring with exercise, they’re able to determine how much oxygen the muscles are using. The technique can therefore be used to diagnose mitochondrial issues.

iCPET tests needed to identify three under-recognized causes of exercise intolerance, the third of which concerns ME/CFS:  preload failure or the inability of the blood vessels to provide the heart with enough blood to pump effectively

In the 2013 review article Systrom explained what happens (or should happen) when we exercise.

First the heart increases it’s stroke volume so that it can shoot more blood out to the muscles.

Once the heart maximum stroke volume is reached, the heart rate begins to increase in order to pump out more and more blood.

In order to provide the increased levels of blood to the heart, the veins leading to it enlarge so that they can accommodate more blood.

It’s All About Oxygen

When the limits of aerobic metabolism are reached, though, one’s “anaerobic threshold” is reached.

Two toxic byproducts of anaerobic metabolism, lactate and CO2, build up and cause fatigue, pain, etc.  (Anaerobic thresholds are identified during the CPET test by an abrupt increase in CO2 levels).

Here’s the key part for ME/CFS, FM and POTS patients from Systrom’s 2013 paper:

“People with low anaerobic thresholds; that is, people who quickly exhaust their ability to generate energy aerobically and rapidly enter into anaerobic metabolism have one of two problems: 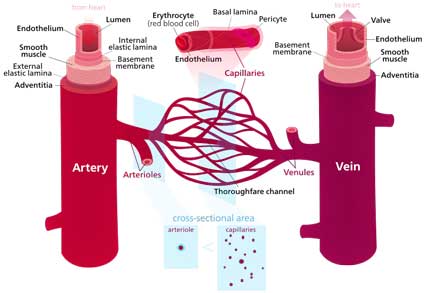 In a June interview, Systrom stated that about half of his patients have POTS/ ME/CFS or FM.

When he tests them, a couple of different patterns show up – a pattern of dysautonomia, which reflects problems with the blood vessels, and reduced oxygen uptake pattern reflecting other problems.

He’s finding that the blood oxygen levels in ME/CFS patients’ veins are simply too high; i.e. not enough oxygen is being taken up by their muscles when they exercise.

The oxygen is in the arteries, but the muscles are not taking enough of it up. That’s a big clue.

An old and not much used drug called Mestinon (pyridostigmine bromide) has, surprisingly, turned out to be Systrom’s ace in the hole regarding treatment.  He’s treated hundreds of patients with it over the past three years. Some people find that the drug has given their life back.

He can chart the results – an increase in aerobic functioning – in followup iCPET tests. (Mestinon might conceivably be helpful with small fiber neuropathy,  as well.)

While on Mestinon, he has his patients slowly build up their exercise regimen. Using a recumbent bicycle is best. Short-term, high intensity training might be helpful as well, but he doesn’t have enough data on that.

Other second-tier treatments include

With his extensive database on exercise results, his interest in exercise intolerance and now his grant from an anonymous donor, Systrom is like a gift that is falling into our laps. Hopefully, with this grant to the SolveME/CFS Initiative (SMCI), Systrom will edge himself more and more into the ME/CFS/FM research community and we’ll see much more of him in the future.

Health Rising Exists Because of Your Donations

I regularly find well-researched technical, but understandable, articles on Cort Johnson’s web site and I hope you’ll consider donating to his efforts.